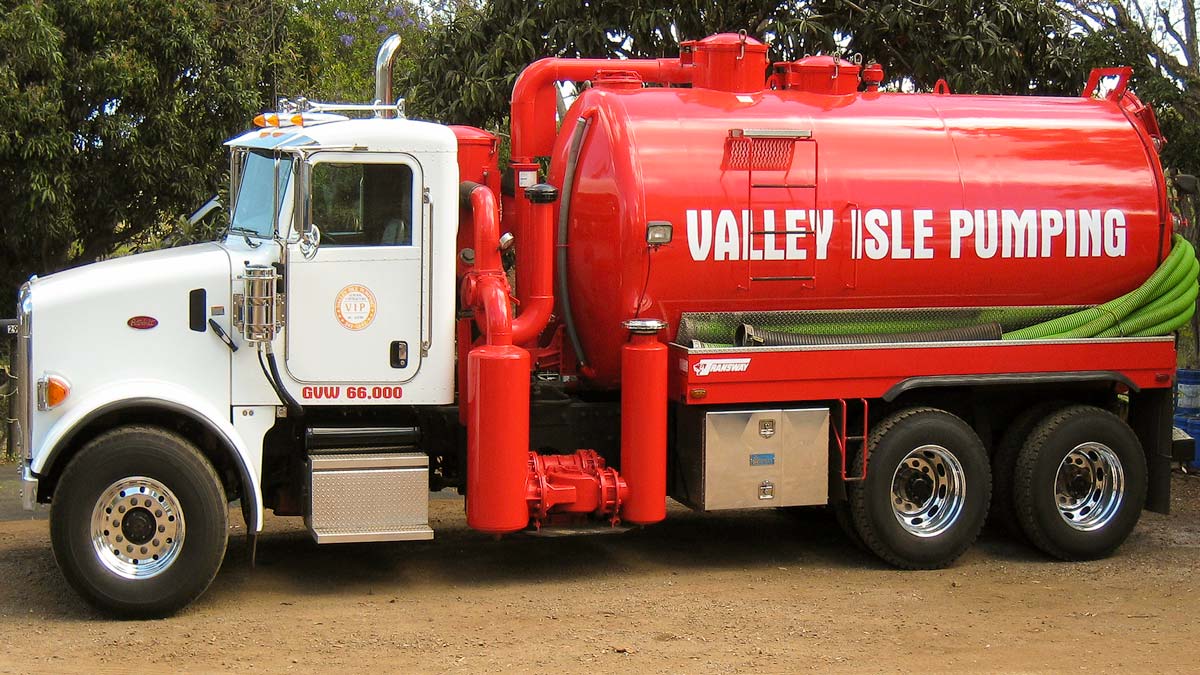 WHAT IS A SEPTIC SYSTEM?

A septic tank is a watertight vessel that receives wastewater. The tank is designed to separate water from solids. Heavy materials sink to the bottom while lighter substances float. Accumulated solids have to be pumped out periodically. Some biological degradation occurs in the tank. The clarified water leaving the septic tank goes into the leach field. Anaerobic bacterial decomposition occurs in the tank to reduce solids to gasses, water, and more bacteria. Clear effluent leaves the tank, reaches the distribution box, and is evenly spread over the leach field. More bacterial decomposition takes place in the leach field. In theory, the top 4-5 feet of soil polish the effluent so it will not contribute to ground water contamination the way a cesspool will. The Hawaii State Department of Health required homes in rural areas after 1992 to be built with septics instead of cesspools. The only exception on Maui is around Keokea, where it was deemed that there were no potential drinking water resources to pollute.

A typical leach field or absorption bed consists of a series of shallow trenches that are filled with gravel and have a perforated pipe, or an “infiltrator” chamber system that distributes the clarified wastewater. Bacteria, or “biomass” grows and consumes the nutrients left from the septic tank. It is this action that prevents degradation of groundwater beneath septic systems, and it is this action which does not occur in cesspools that led the state to require septic systems to be installed instead of cesspools.

The average cost of a septic system varies. Some soils, like Haiku, have a lot of clay. It takes a long time for water to seep down through the clay, so more leach lines are required. The more leach lines the system requires, the more it costs. The opposite is true in Hana. The soil mixed with cinders there allows water to run right through it.

The cost to pump a septic tank will vary with location on Maui.

Each septic system is individually engineered for your lot. The number of bedrooms, the size and configuration of the lot, and perk rate are all used to determine final system design. The perk rate represents how fast the water can seep through your soil, it is higher with more seepage. The state will only allow one Individual Wastewater System (IWS) per 10,000 square foot lot. And, there can be only five bedrooms per IWS. The state determines wastewater flows based on the number of bedrooms in a dwelling. You can build on an existing lot that has less than 10,000 sf so long as it was in existence before state IWS rules became law in September of 1991. If you want more than five bedrooms, you must have 20,000 sf or more land. You would be required to install two septic systems. The state requires floor plans to be submitted for their review. An examination is made to determine that a “den, study, rumpus room, etc” cannot be readily converted into a bedroom.

Allow lots of time. The State does change the rules. Check before you start to make sure you are playing by today’s rules.

Please give us a call at our emergency number